What's the Strangest Bet in History? 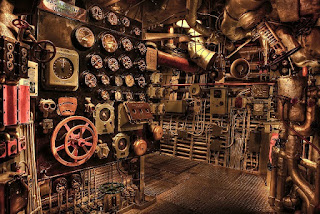 In this modern age of gambling, almost half of the population love to chance their luck. Whether it's horse racing, football, tennis, a night at the casino or you can't keep away from those online slots. There's one thing you can guarantee - you're not alone!

I guess, the majority of punters bet on pretty normal stuff. You may find the odd person who specialises in something unusual, exotic or plain wild. They may keep it quiet almost embarrassed by their preoccupation. Let's face it, come 25th December, someone will be looking out of the window to see if it's a white Christmas. Get in! 10/1 winner with a few snowflakes falling from the heavens.

Searching the internet we found a couple of bets that you may consider very strange if not a little humorous.

A Tattoo Too Far

We can't be sure this particular character won a bet for the most absurd tattoos but he was infamous for all the wrong reasons. This bloke's branding may not have come to our attention but for being arrested. The mugshot showed a man in his early twenties and inked on his forehead were the words: PSYCHO. On one cheek he had a tear and the other a heart. What are the odds of seeing some like that down your street?

Clever Bet for a Big Guy

Betting isn't always about the fittest, strongest, best athletes. Surely the big, rotund bloke has no chance of winning a race against a young whippersnapper? As we know, the wise man builds his house upon the rocks. Which tells us something very important when gambling.

The wise, intelligent and cunny often take the spoils.

The story originated back in 18th century England when local butcher Mr Bullock challenged the Lord of Barrymore to a race. Mr Bullock was a big, big man. In this day and age, he would be considered morbidly obese. He liked his food and enjoyed pies. He was unfit, slow, and looked to have little hope of winning.

The Earl of Barrymore was fit, ready and eager. He was an athlete. How could he possibly lose?

Such was his confidence that he placed a huge bet on himself. He was a short-priced favourite.

To make the challenge fair, Bullock asked for two conditions:


The Earl was so sure he would win, he accepted. No conditions could stop him winning.

Mr Bullock, the canny soul, chose the race to be held in London with very narrow streets. With his 35-metre lead, his ample size blocked the Earl's path and there was no way he could pass the burly butcher who tormented his opponent by chomping on one of his pork pies as he crossed the winning line.

Be careful not to gamble with a fat man with a pie.
Photo: Pixabay free for commercial use and no attribution but given

Fed up with second-rate racing tips. Why don't you Bet Like A Pro
If you are looking for the best online casinos, check this site
Know the best 2yo horses in training. Group Horse details the best horses from the biggest stables on a daily basis. Get 10 Dark Horse for free
Watch 2yo race replays for free
Get ready for the 2019 Grand National with our super Directory